I spent 120 hours on Battletech.  It felt like 40.  That should tell you everything you need to know about this game.

Oh all right I suppose you want to know WHAT kind of game it is, and WHY it was so good.  I will assume that “WHERE”  and “HOW” are self-explanatory.*

Battletech is a 2018 turn-based strategy game by Harebrained Schemes, the creators of the Shadowrun series that I like so much.  It’s part of an extremely successful licence that began life as a wargame (called “Battletech”) back in the 80s, which spawned a pen+paper RPG called “Mechwarrior”, and thence a book series, a TV show and about 30 video games (many of which were massively successful) and a string of other various spin-offs and merchandising opportunities.  Honestly if they made Battletech edible underwear I would not be surprised. 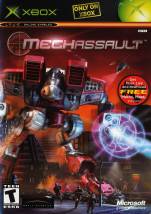 This is not even 1/10th of the number of Battletech/Mechwarrior products.

And I have never given a damn.

I’ve tried, but I’ve just never got into Battletech. Sure I’ve enjoyed some of the video games, but the wargame was tedious** and the world was worse.  I had friends in high school who were into this stuff and it was horrible.  Lists of names and proper nouns and invented words and no reason to care about any of it.  You could accurately recreate the experience by reading the phone directory and pretending it was a casuality list.

Naturally, all this backstory was all utterly irrelevant to the wargame.  It was like reading the Dune Cyclopedia then playing snakes and ladders.

Then a few years ago, HareBrained schemes announcced a kickstarter to make a new Battletech game.  I signed up for three reasons – (1) Some of the Battletech video games have been very good; (2) this video game was being made by the people who made the original board game, so I wanted to see what they’d do with it; and (3) it was Harebrained Schemes.

And it’s a good game.  A really good game.  Probably my pick for 2018 so far.  Which is odd, because Battletech’s wargame-roots means that it runs dead against some key design theories from the last 20 years. What do I mean by that?  Well, first I’d better explain how the game works.

Battletech is a squad-based wargame.  You control a squad of about 4 pilot-controlled robots (Battlemechs, or “‘Mechs”) and face off against around 4-12 opposing ‘Mechs or other enemies.  Technically there are different mission objectives but practically, just like X-Com 2, there’s one mission – “kill everyone else”.  Sorry, two missions – “Escort the transports, then kill everyone else”.

The similarities to X-Com, especially the recent ones, stop there.  X-Com (even the original one) is first and foremost a videogame and it’s made with a videogame philosophy; if you don’t believe me, just try X-Com the Boardgame.  Battletech is a wargame – you could pick it up and plonk it on a tabletop and it would play the same.**

That difference is central to understanding both what Battletech offers, and why it flies in the face of conventional design theory.

We expect to be able to pick and play games.  Games have been designed like this for a very long time now, probably for about 20 years now, the mantra has been “integrated tutorials, no rulebooks”.  The single-player campaign in the original Starcraft, for example, was really one long tutorial, and that was 1998.  That design ethos has become the norm – retrogaming aside, I cannot remember the last time I had to read a rulebook.

And don’t get me wrong – this is a good thing.  We’ve made games so much more accessible as a result of this ethos; I’ve played games I never would have touched if I’d had to learn all the rules prior to playing.  The medium is generally more enjoyable as a result of us making the software user-friendly, and allowing us to learn the rules and mechanics of the game organicaly through play.  And until very recently, I would have said that this development had no downsides.

Now I’ve played Battletech.  And I think I was wrong. 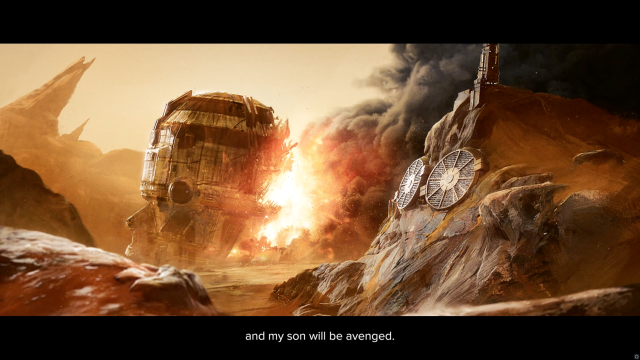 Battletech was a wargame.  No-one expects to play a wargame and learn the rules organically; not unless you’re prepared to spend an entire match doing so.  Even then, you still won’t get the finer points of the system (and start winning matches) until you crack open the rulebook.  It’s a completely different design philosphy, stemming from the limitations of a non-digital system.

But the result is a game that is so much more complex, so much more granular and interesting.  I was a mad fan of the 2007 X-Com.  Battletech is better.  And it’s better because the gameplay options, and thus the strategy, in Battletech is far deeper.

For example: when you move a soldier or ‘Mech, the variables that you need to keep in mind in each game are as follows:***

And this is before we talk about ‘Mech’s loadout.  In Battletech you can select not only what weapons each mech carries, but also its armour, the armour locations, the amount of ammunition, the number of jump jets (if any) and the number of heat sinks (if any).  Each ‘Mech has a maximum weight, and you get to fill it up with weapons/armour/etc as you see fit.  You can (and I did) make a ‘Mech with no guns and a ton of armour, with the plan of using it as tank/physical combat specialist.  It worked quite well, it certain situations.**** 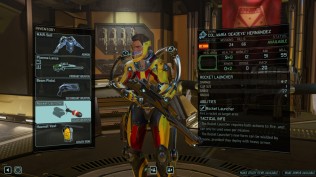 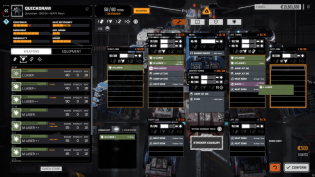 And the result is specular.  Each battle, each decision, had so many different possibilities and permatations that I was hooked on each and every battle.  I was constantly being faced with new problems caused by slightly different variables (different terrain, different opponents, different pilots, different weapons) in ways that quite frankly X-Com couldn’t match.  By the end of X-Com and X-Com 2, I was ploughing through waves of enemies by using the same, tedious tactic over and over.  Battletech didn’t let me do that. 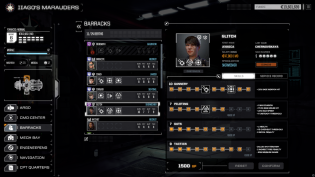 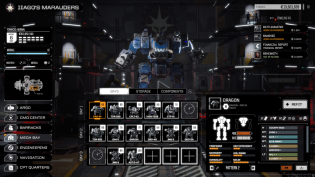 And the reason for this difference?  Battletech’s rules weren’t designed to be taught and understood in pieces.  Because it was a wargame, not a videogame.

Now there is of course a price to this approach – it’s not user-friendly.  I picked up the rules and nuances of the mechanics fairly quickly because I (mostly) remembered the rules of the boardgame.  For example, there’s no explanation that “SRM”, “LRM” and “AC” stand for (respectively) short-range missle, long-range missile and auto-cannon unless you click on the individual weapons to get additional information.  Similarly you won’t understand that each individual missile rolls it “to hit” and “location” dice seperately, while an autocannon or laser either hits a single location or misses entirely.  The information is there, but it’s buried in menus.

The rules still could have been taught in a much better tutorial.  But it was never going to be as clear-cut as X-Com. But you know what?  That’s ok.  Battletech has taught me that when we focus on the “pick up and play” ethos to the exclusion of all else, we lose depth.

And it felt so good to play a wargame with depth again. * “On steam/GOG” and “with your credit card”, respectively.

** It kept turning into a very slow dice-based version of rock-em-sock-em-robots.

*** In the interests of brevity the below summary isn’t 100% accurate, because some things are a bit hard to explain.  For example, in Battletech you will choose how many weapons your ‘Mech will have, there’s no minimum or maximum.  I’ve written “1 to 5” weapons because that’s the usual range of weapons that you’ll give to a ‘Mech.

****  I have heard that even this level of granularity is decreased from the wargame, but regardless, it’s still unheard of in a modern videogame.