You are Tex Murphy. A 30s private eye in an 80s cyberpunk novel. One day while searching for the next inventive excuse to keep the landlord at bay for another week, a dame walks into your office. That means trouble at the best of times, but this broad had the unholy trifecta – she was beautiful, she was rich, and she was a client… 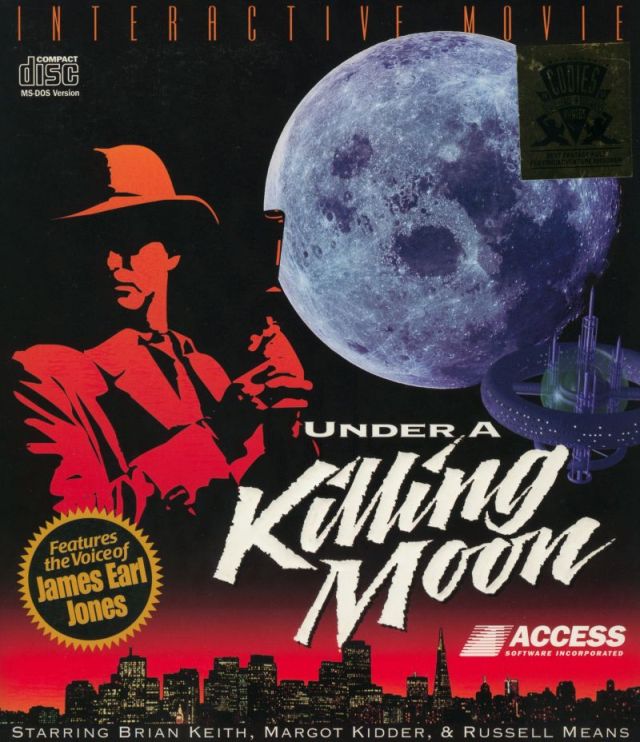 Tex Murphy: Under a Killing Moon was a much-needed breath of fresh air. At about 12 hours long and no RPG grinding in sight, it was the perfect game to follow the 80+ hours I spent in Divine Divinity. Bookmark this people – I am officially recommending a game with 90s FMV. Because what game doesn’t want to share a pedigree with Sewer Shark and Night Trap?

Under a Killing Moon is the third in the Tex Murphy series of games, I’ve already reviewed the first two – Mean Streets and Martian Memorandum a while back. Mean Streets was a point + click/adventure/action/car-sim hybrid, and while interesting, it didn’t really work. Martian Memorandum improved on the formula by markedly changing it – dropping the car-sim, dialing back the action and adding a neat conversation/interrogation angle. Under a Killing Moon is the best yet – dropping the action entirely and improving both the “point and click” and conversation angles. It’s potentially in the “top 20 of all time” of adventure games, though I’m normally wary of making such claims immediately after I’ve finished playing the game in question.

The first two Tex Murphy games flirted with FMV, but with the third game, the prevalence of cheap CD’s allowed the creators to go the full-hog. Every conversation or interaction is done in FMV, and the gameplay itself switches to first-person perspective, making it the only “first person point+click” I’ve ever played.

I’m aware that this sounds like a recipe for disaster, but there’s a few important steps that make it work:

The game also gets the basics right – the puzzles are generally pretty logical, hitting the right difficulty level, and the conversations feel natural enough to navigate (which was a problem in Martian Memorandum).

Against all this however is two significant flaws:

There is an inbuilt hint system that helps with this a lot, but even using the hints, I still had to check the internet a few times to figure out where some items were.

But the end result here is definitely worth trying out, and possibly one of the best, if not the best, FMV games of all time. I am surprised that no-one else seems to have ever tried the first-person-point-and-click, it really adds to the immersion. I guess with both Lucasarts and Sierra dominating the market, no-one was going to try to challenge their way of doing things. No-one except, it seems, Access Software.

Recommended for:  Adventure game fans, anyone who wanted to see the FMV “interactive movie” craze without playing Sewer Shark.

Not recommended for:  People who hate adventure games, people who can’t can’t simultaneously embrace and enjoy the silliness of a cyberpunk/30s noir mashup.

RANDOM FACT – Access Software changed its name twice after making Under a Killing Moon, the first time to “Salt Lake Games Studio” and the second time to “Indie Games”. It was then bounced around as a subsidiary to some major gaming studios before going defunct in 2006. According to wiki it appears to have pretty much only made Tex Murphy games and Golf games – an odd combination. Although much to my surprise it turns out that it made four other games that I quite liked – Beach Head II, Raid Over Moscow and Leaderboard (all for Apple II) and also Amazon: Guardians of Eden, another 2D adventure game much like Martian Memorandum. And I’ve never heard of this company before writing this review – go figure.

5 thoughts on “Tex Murphy: Under a Killing Moon”